Would you like to be one of the young moviegoers who win a trip to this prestigious festival?

Launched jointly in 2010 by the European Parliament's LUX Audience Award, Giornate degli Autori and Europa Cinemas, 27 Times Cinema WILL WELCOME 27 FILMGOERS WHO WILL REPRESENT A FILM THEATRE OF THE EUROPA CINEMAS NETWORK as well as one of the 27 member states of the European Union.

27 Times Cinema will take place during the Giornate degli Autori (31 August - 10 September 2022) at the Venice Film Festival. This great initiative will make the dream of 27 young European moviegoers to attend the Venice Film Festival come true! The 27 youngsters will be part of the Giornate degli Autori Jury and will award a prize to the best film of this year's selection. Moreover, as of this autumn, they will be actively involved in promoting the LUX Audience Award.

If you are 18-25, fluent in English and ready to share your love for films with others, this is your time! Apply now to go to the Venice Film Festival!

👉 https://form.jotformeu.com/EuropaCinemas/27TCForm2022
✔✔ The online application and the video must be sent to margarita@mikrokosmoscinema.gr before MAY 25th

END_OF_DOCUMENT_TOKEN_TO_BE_REPLACED 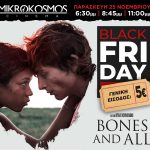 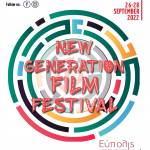